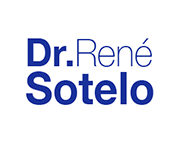 A fistula is an abnormal communication between two parts of the body; it can be an organ, a vessel, or some other structure. Frequently, it will be named after the organs, or the systems affected. It is a communication that allows passage or filtration between two internal organs or between an organ and the surface of the body. They can appear anywhere in the body and are usually the product of complications from surgical procedures.

Vesicovaginal Fistula (VVF) is an abnormal communication between the bladder and the vagina. It is considered a devastating condition characterized by involuntary and continuous urine leakage per vagina, resulting in significant psychosocial distress, isolation, and hygienic problems.

Diagnosis can be made through a detailed patient interview, physical examination, Bladder dye instillation, and tampon placement in the vaginal vault by staining the tampon after ambulation, Vaginoscopy, and/or Cystoscopy.

VVF occurs due to: 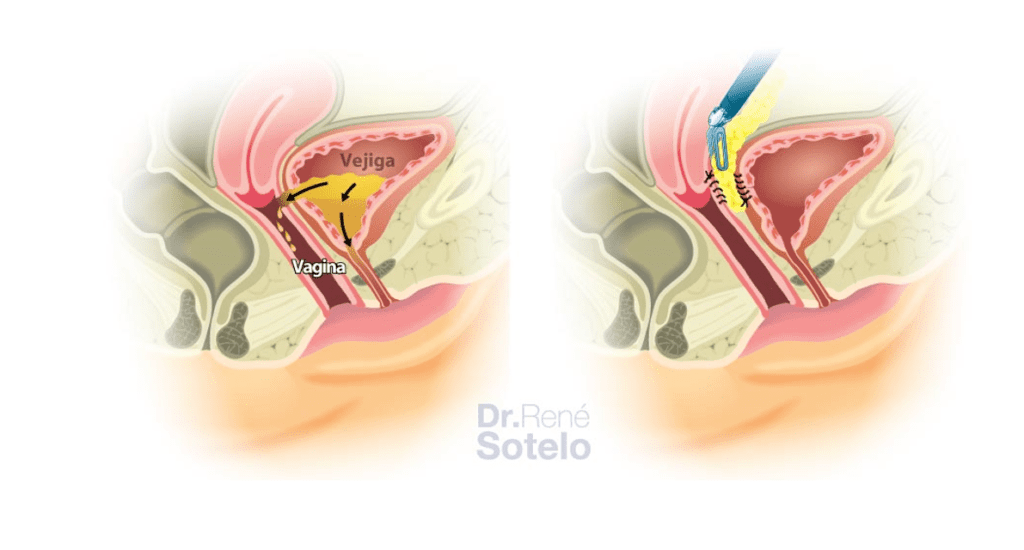 Ureterovaginal fistula (UVF) are abnormal communications between the ureter and the vagina. Clinically, UVF presents as continuous urinary leakage through the vagina, having a staggering impact on a woman’s quality of life, similar to a vesicovaginal fistula.

UVF is commonly seen after

The surgical treatment of UVF consists of the performance of ureteral reimplantation. The primary technique is to transect the ureter at the level of the fistula and perform a new ureterovesical anastomosis by reimplanting the ureter.

Several techniques are available to overcome these challenges if the ureteral length does not allow direct ureteral reimplantation.

Colovesical fistula (CVF) is an abnormal communication between the colon and the bladder. It is characterized by recurrent urinary tract infections, fecaluria (fecal matter inside the bladder), pneumaturia, gas from the colon mixing with the urine (feels like passing gas in the urine), and urine leakage through the rectum.

Conditions that can lead to CVF include

Proper diagnosis of CVF includes a detailed patient interview, a thorough physical examination, prior history of radiation therapy, gastrointestinal disease, cystoscopy, colonoscopy, barium enema, and/or contrast-enhanced tomography, which are used to investigate further the location, size, tissue characteristics, presence of other types of fistulae, concomitant injury/stricture, and relation to its surrounding structures.

The surgical management of this type of fistula consists mainly of removing the segment of the colon with the fistulous tract and subsequently closing the bladder.

Rectourethral fistula (RUF) is described as an abnormal communication between the prostatic urethra and the rectum. Clinically, patients present with recurrent urinary tract infections, pneumaturia, leakage of urine through the rectum, fecaluria, abdominal pain, and burning on urination.

Complications of RUF can include abscesses, osteomyelitis, necrotizing fasciitis, and sepsis.

RUF’s are mainly associated with benign prostate surgeries and focal and chemo-radiation treatment modalities for prostate cancer, respectively as:

Other causes to consider are anorectal surgeries and radiotherapy in patients with rectal cancer.

It is important to note that, although this type of fistulae is considered, for the most part, a consequence of radical prostatectomy, semantically speaking, they should be considered as rectovesical fistulae because they are generated near the anastomosis, with the bladder as the point of origin.

Our team described laparoscopic and robotic management of RUF in 2007. For fistulae involving the prostatic capsule, the technique includes capsulotomy, resection of the prostate, preserving the seminal vesicles, and closure of the rectal defect in two layers. The bladder is then mobilized distally, an omentum flap is interposed, and the vesicourethral anastomosis is performed using the standard technique. In cases where the advancement of the omentum flap is not possible, the neurovascular bundles, the peritoneum, or the gracilis muscle can be mobilized towards the midline to be used as interposition tissue.

Rectovesical fistula (RVF) is an abnormal communication between the rectum and the bladder. Typical clinical manifestations of RVF are recurrent urinary tract infections, fecaluria, pneumaturia, and urinary leakage per rectum can be present.

Evaluation and diagnostic workup start with an adequate history, including underlying diseases, past medical history of radiotherapy, and surgical procedures. Moreover, a pelvic examination can reveal significant findings such as erythema around the fistula orifice or a palpable rectal defect on digital examination.

Different imaging techniques are used for the appropriate identification of the RVF. Among the techniques, cystoscopy, rectoscopy, and computed tomography (CT) urogram are used to further investigate the location, size, tissue characteristics, presence of other fistulae, concomitant injury/stricture, and relation to its surrounding structures.

Our team was the first to report the use of the laparoscopic approach to treat rectovesical fistulas (2005). A transvesical approach was reported, in which the fistula tract is reached by performing a vertical cystotomy (opening of the bladder), dividing the bladder trigone in two. Once the communication between the bladder and the rectum is identified, a meticulous dissection is performed to separate the rectum from the bladder. The rectum is then closed. An omentum flap is then interposed to strengthen the repair. Bladder closure is subsequently performed. The use of the robotic platform was first described by our team (2008) with less operative time and hospitalization time, without recurrence of the fistula. 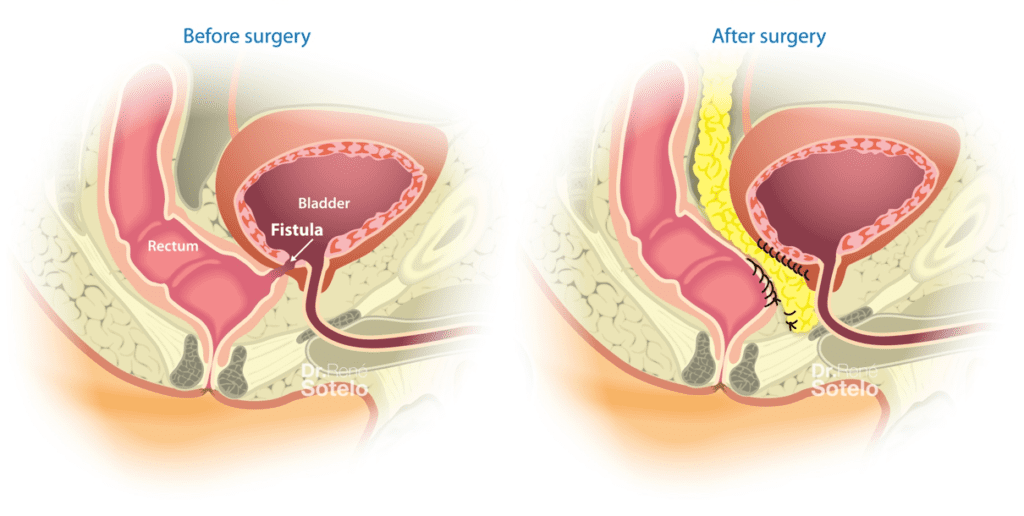 At USC, we have been pioneers in the minimally invasive management of urinary fistulae. Our Comprehensive Center is dedicated to the treatment of genitourinary fistulae. We have a multidisciplinary team, which includes colorectal surgeons and urologists specialized in urinary tract reconstruction in order to offer the best joint treatment for this complex and demanding condition.