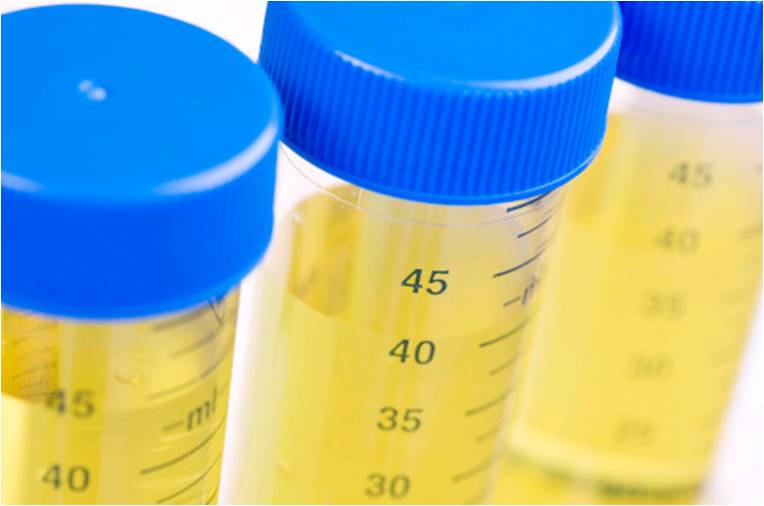 1. What exactly is in urine? What’s it composed of?

The function of our kidneys is to filter the blood and eliminate waste from our body. Urine is a body fluid produced by the kidneys, which contains the excreted wastes. Urine is composed of water, electrolytes, and nitrogen compounds, such as urea. It travels from the kidneys, down the ureters, and into the bladder, where it is stored. When we are ready to urinate, the urine leaves the bladder and body through the urethra.

2. Is there any truth to rumors that you can cure athlete’s foot with urine?

Some people say urine might cure athlete’s foot because of the urea that it contains. It would have to be a very large amount of urea (more than how much is normally found in urine) for it to be considered useful to treat tinea pedis (“athlete’s foot”). So in reality, no, it probably does not work.

3. Some people insist that drinking urine can cure all sorts of diseases and ailments. This can’t be true, can it?

The idea of urine therapy started around the 20th century. People claim that it works to cure some medical conditions, such as hair loss, it has been used in cancer treatment, for cleansing of the cardiovascular system, and to prevent viral and bacterial infections. Even famous people, such as Madonna or the former prime minister of India, have been quoted to partake in urine therapy for medical treatment. It is noteworthy to mention, however, that there is no scientific evidence showing that these treatments are effective.

4. Does urinating on a jellyfish sting actually accomplish anything?

Not really. In fact, if the urine is too dilute, it could actually increase pain because the urine activates the cells that are left in the skin by the jellyfish called, cnidocytes. Although some analgesics could be helpful in managing the pain, the best treatment is letting the effect of the venom from the jellyfish diminish over time.

5. If you ever laugh so hard, you release a little urine into your pants, is this cause for alarm?

This can happen sometimes. It could be because the bladder is too full, and any increase in the intraabdominal pressure can cause urine to leak out. Sometimes, this is a result of weakness of the pelvic floor muscles and urinary sphincter, which sometimes happens after pelvic surgery or having children. When a person performs any maneuver that increases the intraabdominal pressure (such as coughing, sneezing, laughing, bending down) high enough to overcome the resistance of the sphincter, leakage of urine can occur. This is not a life threatening situation, and more is related to a person’s quality of life.

6. We know that darker shades of urine can be a sign of dehydration, but what about if it takes on an alarming color, like green or blue?

Blue urine is not common at all. There is a medication¬¬ called methylene blue that can give the urine this color. Methylene blue is usually used as a contrast during surgery to help identify structures, but it is also used in the treatment of a condition called methemoglobinemia and, in which case it is given as a systemic form, which can turn your urine blue.

Green urine can occur after the ingestion of any medication that contains phenol groups. Also, a greenish/brownish color of the urine can be caused by urinary tract infections or fistulas (abnormal connections) between the bowel and the urinary systems.

The urine can also have an orange color after the ingestion of certain medications, such as rifampin and phenazopyridine.

Finally, one of the most important urine colors to take into consideration should be red, which may be the result of blood in the urine (hematuria). Hematuria suggests that red blood cells are in the urine. These individuals need a careful evaluation by a physician to identify the cause of the blood in the urine (such as infection, stones, irritation, and even cancer).

7. Why do some people smell asparagus in their urine and other’s don’t?

There is a study that found that the ability to smell the asparagus odor in urine is related to a gene on our DNA (chromosome 1) which is directly linked with the presence of certain smell (olfactory) receptors. It is expressed less in women, and as a result, females are less likely to be able to sense that particular odor in urine.

8. Maple syrup urine disease sounds like a fake disorder. Is it real, and if so, what causes it?

It is a real disease, caused by a genetic absence of an enzyme which is needed to breakdown (metabolize) some essential aminoacids in the body, for later use. An absent or defective enzyme leads to a broad spectrum of signs and symptoms such as seizures, diarrhea, and a sweet smell of urine.

9. Is the strength of your stream important? What does it mean if somebody is able to urinate from a great distance? Is there some advantage to being able to pee from further away?

The strength of your urinary stream, as well as the diameter, is important to use as a reference when considering a possible blockage of the urinary tract. This is most commonly associated with benign prostatic hyperplasia, which an increase in size of the prostate, something that happens with age in men. Men may experience symptoms such as a decreased force of their urinary stream, difficulty emptying their bladder, or being unable to start urination.