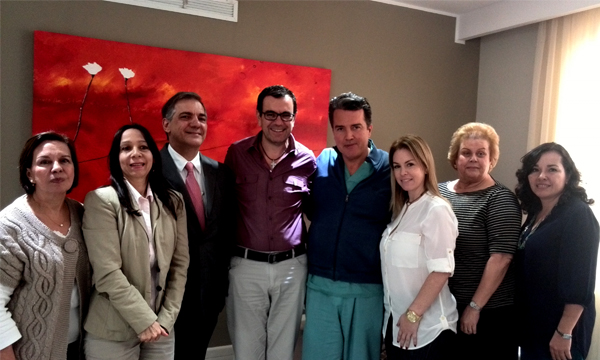 As is tradition, the Sociedad Antincancerosa de Venezuela develops its most important fundraising campaign: The Gran Bono de la Salud in its 2014 edition.

Tickets go on sale until February 12th, at a cost of Bs. 50 each and can be purchased at banks, the Tecni-Ciencias libraries and through the website www.sociedadanticancerosa.org.ve

With the purchase of the Gran Bono de la Salud 2014, in addition to supporting the Sociedad Antincancerosa de Venezuela, you participate in the draw for four awards: The first is a Caribbean cruise, the second a motorcycle and a ipad, for also a motorcycle third and fourth receive monthly markets valued at Bs 1,800 for one year.

Since on November 12, 1948, Sociedad Antincancerosa de Venezuela (SAV) has maintained its purpose in educating the public on cancer prevention, based on the research and medical assistance to all. So the purpose of this campaign is to continue to run from 66 years ago has been making the SAV in the country, with initiatives such as the Cancer Prevention Clinic, located in Caracas, and mobile clinics. In addition to funding research programs to combat this disease more efficiently, make better performing their primary care center, buy antibiotics and incorporate a mammogram in the mobile clinics that will serve patients. 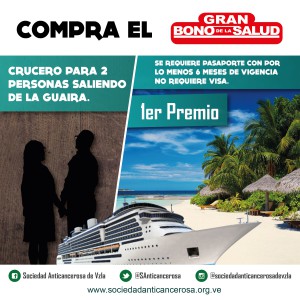 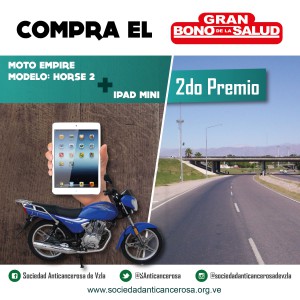 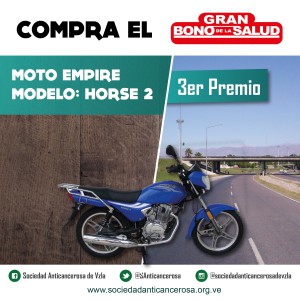 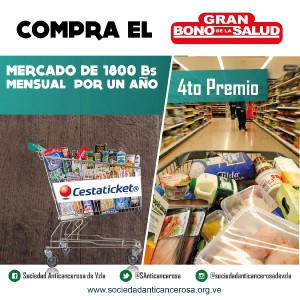